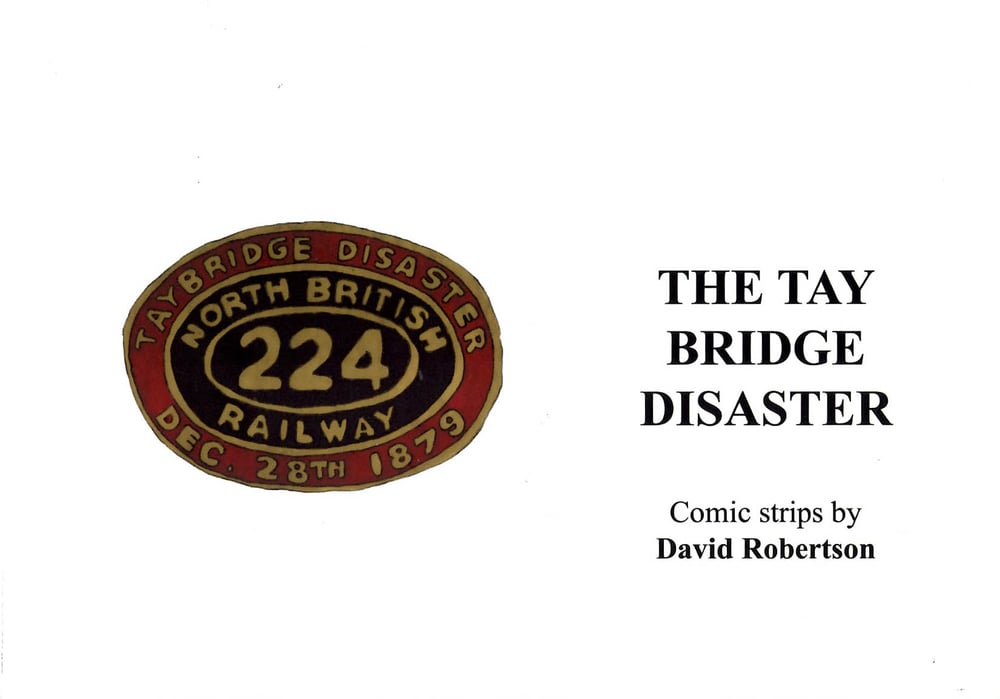 This is a collection of newspaper style strips regarding the fall of the Tay Bridge in 1879. I grew up in Dundee, and have always been fascinated by this event. The strips cover many aspects of the story, including the build up to the bridge's completion, including fears expressed in the media regarding its safety, and accidents during the building. The first trains to cross the bridge, and the disaster itself in December 1879. The aftermath, including the effect on designer Thomas Bouch, the recovery of the 224 engine, and the decision to rebuild. The event's depiction in the arts and media; Theodor Fontane and William McGonnagall's poems, newspaper printing's improvements effecting illustrations of the disaster, Walter Benjamin's radio show, C.Horne's ballad, and Hatter's Castle, the novel and film which both depicted the disaster. Finally we see the names of the victims on the current day memorials.